Hochstein at High Falls Virtual Showcase | Kids Out and About Hartford 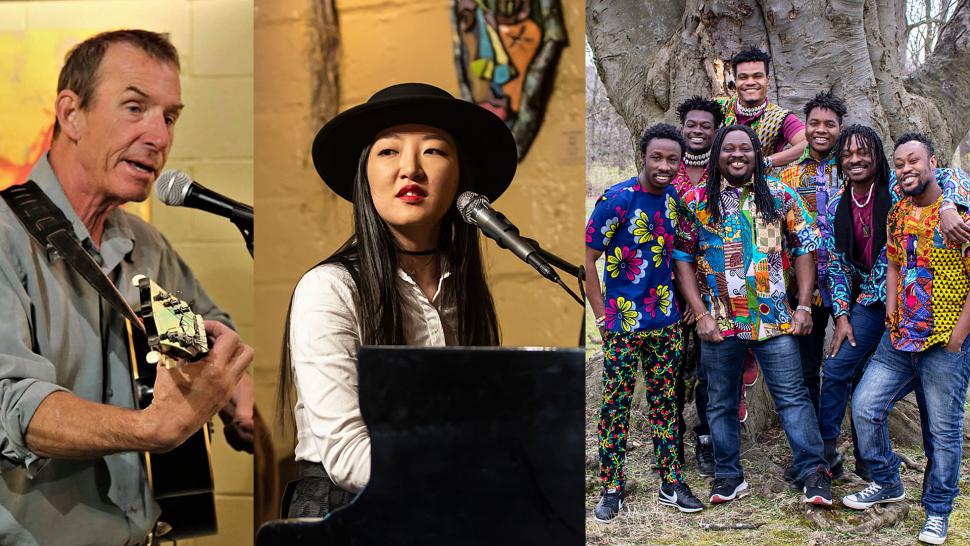 Celebrate the summertime vibes of the Hochstein at High Falls series with this virtual concert featuring John Dady, Hanna PK, and Womba Africa!
Click here for more information about this activity

Celebrate the summertime vibes of the Hochstein at High Falls series with this virtual concert featuring John Dady, Hanna PK, and Womba Africa! All were on the schedule for this summer before the series had to be cancelled due to COVID-19. While we eagerly await the return of our lunchtime concerts, we can enjoy this one via Facebook.

WXXI Classical 91.5’s Mona Seghatoleslami hosts the concert, which will blend musical performances with live dialogues with each of the performers, giving insights into their music. The concert will also celebrate Hochstein’s Centennial (the School was founded in 1920).

Hochstein at High Falls is presented by High Falls Business Association, The Hochstein School, and WXXI.

John Dady has been singing his way into our hearts since the 1970s when he and his brother Joe produced their first album as “The Dady Brothers.”  Many more albums followed, along with thousands of concerts throughout the eastern U.S. and across to Ireland, including numerous appearances at Hochstein at High Falls. Since Joe’s untimely death in 2019, John has continued the tradition, performing solo or with several accomplished musician friends. Accompanying himself on guitar and ukulele, John has a vast repertoire of songs including original compositions, Irish and American folk songs, and popular tunes from the Big Band era to the Beatles and beyond. http://www.dadybros.com/index.html

A 2019 International Blues Challenge Semi-Finalist, Hanna PK is a solid pianist, soulful vocalist, and vibrant performer who channels a wide variety of the blues and swing, old school folk, and boogie-woogie, along with her original songs.  She left her native South Korea and ended up in Rochester, NY, where she has become an active member of the local music scene. Her music tells a story, sometimes an age-old one, but she tells it from her unique perspective. http://hannapk.com

The eight-member Womba Africa came to the U.S. from Ghana in hopes of competing on “America’s Got Talent” and ended up in Rochester. They have been drumming and dancing, singing and playing in venues around town – although you’re as likely to see them playing now at the beach or in a park. Their joyful, exuberant music and dance draws an enthusiastic following. The group was founded by Fredrick Quaye Odai with a vision of promoting West African music and culture.
https://www.democratandchronicle.com/in-depth/news/2020/01/15/womba-africa-agt-americas-got-talent-2020-ghana-drummers-dreams-rochester-ny/4102850002/

*Times, dates, and prices of any activity posted to our calendars are subject to change. Please be sure to click through directly to the organization’s website to verify.